As we went to sleep at our hotel in Ouray, the weather forecast for the next day looked very questionable for high elevation hiking. Our original plan was to drive up Cinnamon Pass from Silverton and then hike Handies Peak (14,048′) from the American Basin Trailhead. It is always hard to find accurate localized forecasts in the mountains, but we saw a 70% chance of Snow or Rain predicted for a nearby pass the next morning. Over the years, I’ve been very lucky with weather in the mountains, but part of the reason why is because I am cautious about when I try to head into the mountains as well. We pondered getting up extra early to try to beat the weather, but the weather overnight did not look promising either.

Well, the weather around Ouray the next morning was actually really nice, so maybe we were overly cautious. However, we did see considerable clouds later in the day and spotted fresh snow the next day. Overall, we just didn’t want to try to hike a 14er and be constantly worried about the weather which would detract from our enjoyment. Luckily, the weather forecast for Sunday was just tame enough for us to hike Uncompahgre Peak (14,309′) the next day. Ok, I’m a bit off track here; I’ll have another post about Uncompahgre.

So, we started our rainy day plan and decided to go on a local mine tour instead of hiking in the morning. We quickly found the Bachelor-Syracuse Mine tour during our search and it seemed to get consistently good reviews. Between Silverton, Ouray, and Lake City there are several mine tour options in the San Juans given the area’s rich history. I haven’t been on any of the other tours (or, don’t recall the specifics if I was); so, I can’t offer any sort of comparison. What I can say is that the Bachelor Syracuse Mine tour was really fun and enjoyable! The guide on the tour was passionate about the history of the mine and gave us a small glimpse into the craziness that was hardrock mining.

Even though the tour added additional lighting, it was still pretty dark in the mine so we don’t have a lot of pictures. Oh yeah, we also got issued hard hats and headlamps as we went in.

The tour allows you to follow the old tracks into the mine for about a quarter mile to a larger opening where some demonstrations and stories are shared. While the tunnels go back further into the mountain; the quarter mile walk is a satisfying distance to make you feel like you’re truly in the mine. Due to safety concerns and practicality, the tour is limited to this smaller section. In fact the tour enters on the 5th of 6 levels (or one of the upper levels) of the mine and is fairly vast. A model of the whole mine is in the gift shop for reference.

As we worked our way back in the mine tunnel, the temperature changed dramatically. We were told that the temperature in the mine remains the same year-round at about 59 degrees (I may have this number wrong, so go on the tour if you want the official number). Another cool aspect of the mine is that you can see water seeping down into the mine on the wall, which builds interesting structures. I don’t recall the chemical composition of these structures, but I believe it was some sort of calcium? Um, I don’t know…distracting yourself with some pictures of them:

What were we talking about before? Oh yeah…water seeping into mine from ice, snowmelt, and maybe rain. We were told that the mine has flooded before, but this is very uncommon. Unfortunately, this has been a problem at other abandoned mines in the past though. You may recall hearing about the Gold King Mine (located in nearby Silverton) contaminating the Animas River in 2015. If you don’t remember or are interested: Read this article. By the way, the tour did not discuss the Gold King Mine, so this is next level recapping here :).

In short, hardrock mining was the epitome of monotony and was damn hard work. Our tour was very small with only two other people, which was actually really nice. It also meant that we got to participate in some of the demonstrations (pictures turned out wonky). Unfortunately, the dynamite stick wasn’t live so we didn’t get to blow anything up! Instead we used the metal tools to his left to mimic single-jacking (one-person) and double-jacking (teams of two). Basically, hardrock mining required the miner to chip holes (like the ones behind him) into the rock with metal tools. Then, explosive powder would be placed into the holes in hopes of discovering a vein of silver. As you can imagine, making holes in rock with metal instruments takes a long time and definitely isn’t fun. On the guide’s right is a water-powered tool which was a major improvement in hardrock mining.

In addition to being highly monotonous, the average life expectancy of a miner was incredibly low. Interestingly, the leading cause of death was from consumption of dust and rock particles rather than collapses or explosive accidents. I guess the pay was pretty good and you didn’t have to worry about saving for retirement though…yikes. Another key difference from the above picture is that the mine was just about pitch black. We were told that each miner or team of two would be issued a two candles per day. Here is a terrible picture of what two candles of light looks like in the mine. 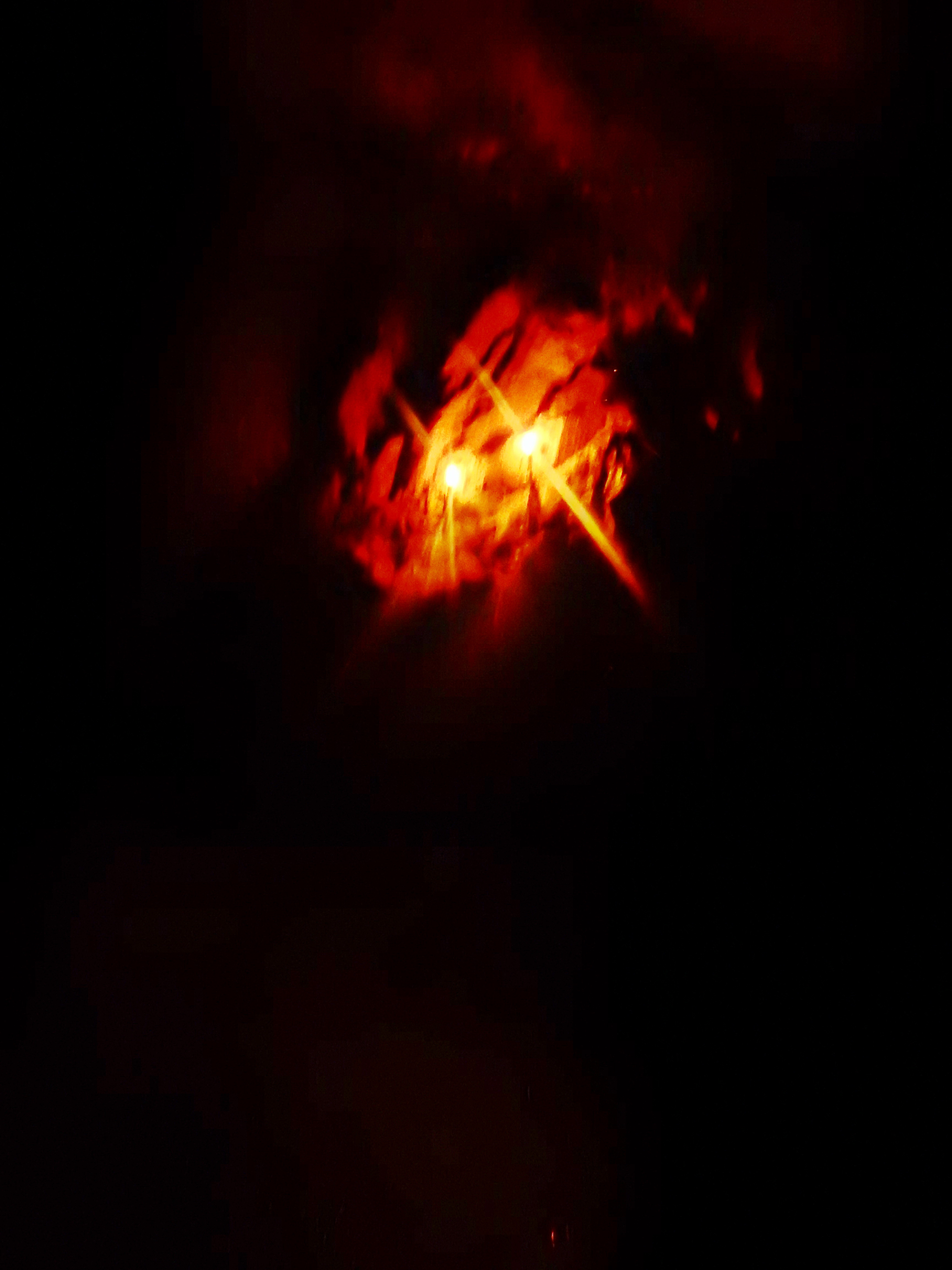 I won’t give away all of the stories from the mine or attempt to detail the history here, but I’ll tell you it is very interesting. Go check out the tour if you’re interested! Or, I found this Book, if you want to take a deep dive in.

One story I will share though is the origin of the term ‘Tommyknocker’. After driving past the restaurant and brewery in Idaho Springs for years and enjoying their sodas; it occurred to me that I didn’t really know where the name came from. Apparently, the miners were a very superstitious crowd and believed in a mythical creature known as a Tommyknocker. Or, I’d say it is likely that the miners were just going crazy down in the mine day after day. Many miners reported that Tommyknockers would ‘knock’ on the rock beside them to warn them of an impending collapse or point out a promising spot to chisel into the rock. Others believed that Tommyknockers were responsible if their candles went out suddenly. While Tommyknockers were mischievous in nature as well, many thought they blew out the candles as a warning of danger to the miners to get out. Here is more information on the history of Tommyknockers from a website called Legends of America. I just found the site, but they seem to have some good information on ghost towns and much more as well. Tommyknockers.

Once we got back outside we decided to go panning for gold and silver. Well, we didn’t get rich and it felt a bit silly, but it turned out to be a nice day and was worth a good laugh.