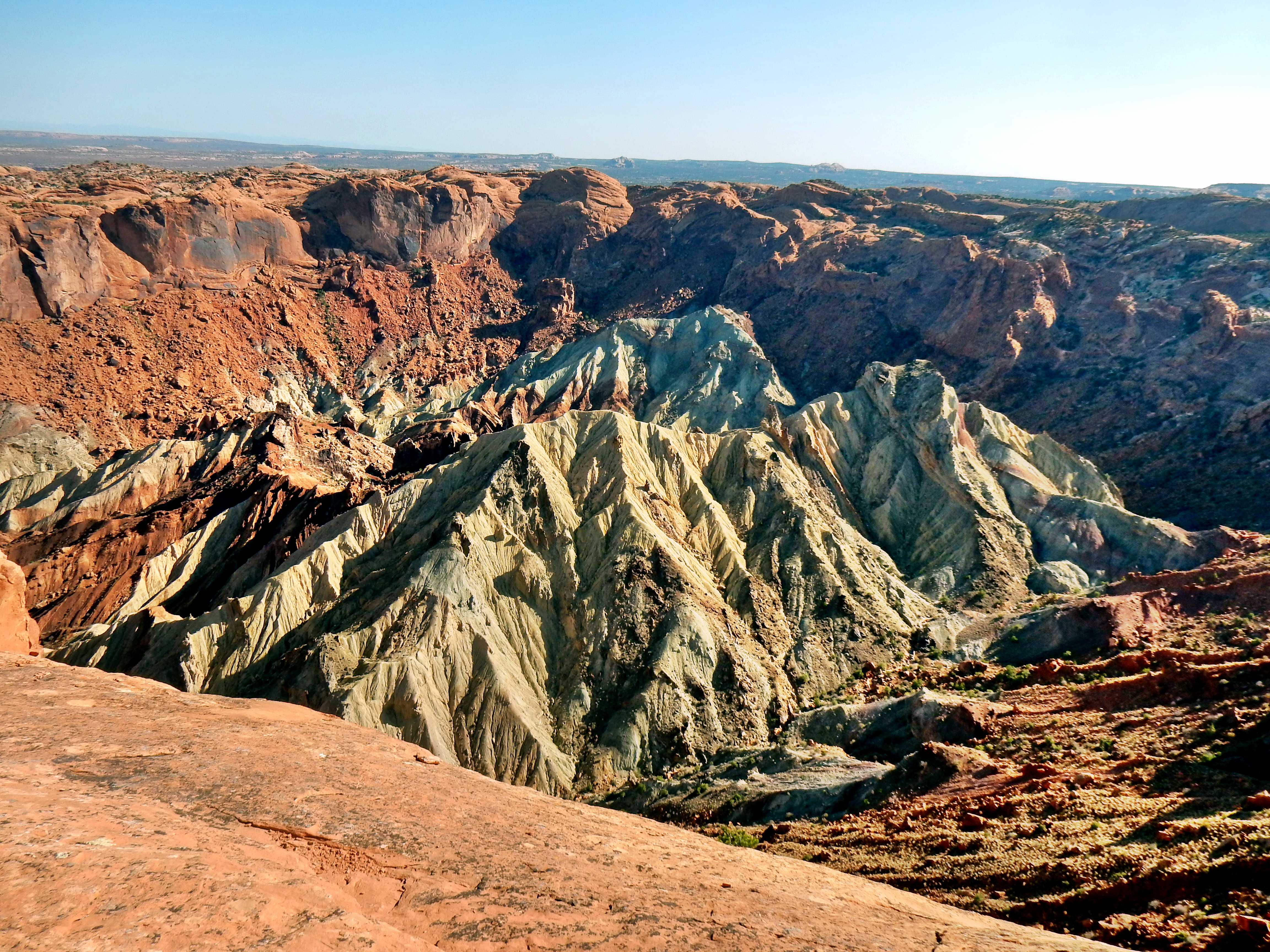 While we spent the majority of our day driving in Canyonlands, the park ranger strongly recommended we do the short two-mile roundtrip hike out to both viewpoints above Upheaval Dome. The park ranger had a background in geology too, so it was obvious why she had an interest in this feature. She explained that there is a debate what caused the crater and dome-like structure. The first theory is that the dome is a salt structure which was pushed up from the pressure of rock layers. On the other hand, many geologist now believe that upheaval dome’s creation is better explained by the impact of a meteor. I won’t fumble through explaining it much more; here is a link if you want to read more about it: https://www.nps.gov/articles/cany-upheaval-dome.htm.

The hike to the first viewpoint was only about a half mile, but we found that viewpoint to be a little bit lacking overall. I’d definitely recommend venturing out to the second viewpoint for the best perspective. There is a much longer trail, known as the Syncline Loop, which follows the canyons around Upheaval Dome as well. Upheaval Dome wasn’t necessarily a highlight of our visit to Canyonlands, but it was a nice hike and is definitely worth the visit. Perhaps it seemed just a bit anticlimactic since we had just come from the stunning Mesa Arch just prior to visiting.

Here are some pictures from our hike; the majority of which are from the second viewpoint. For what it’s worth; I’d say a meteor impact sounds like a more fun explanation! 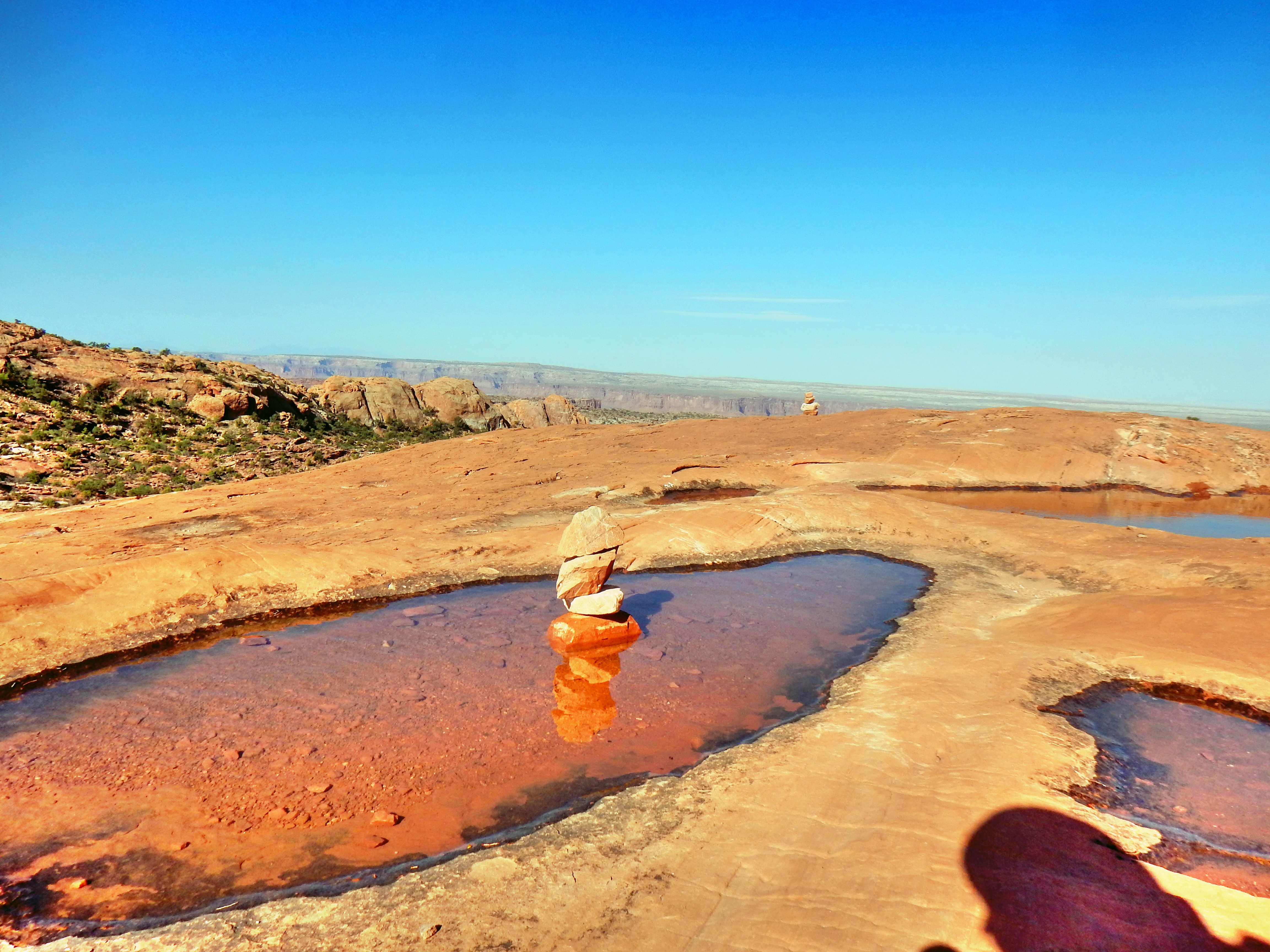 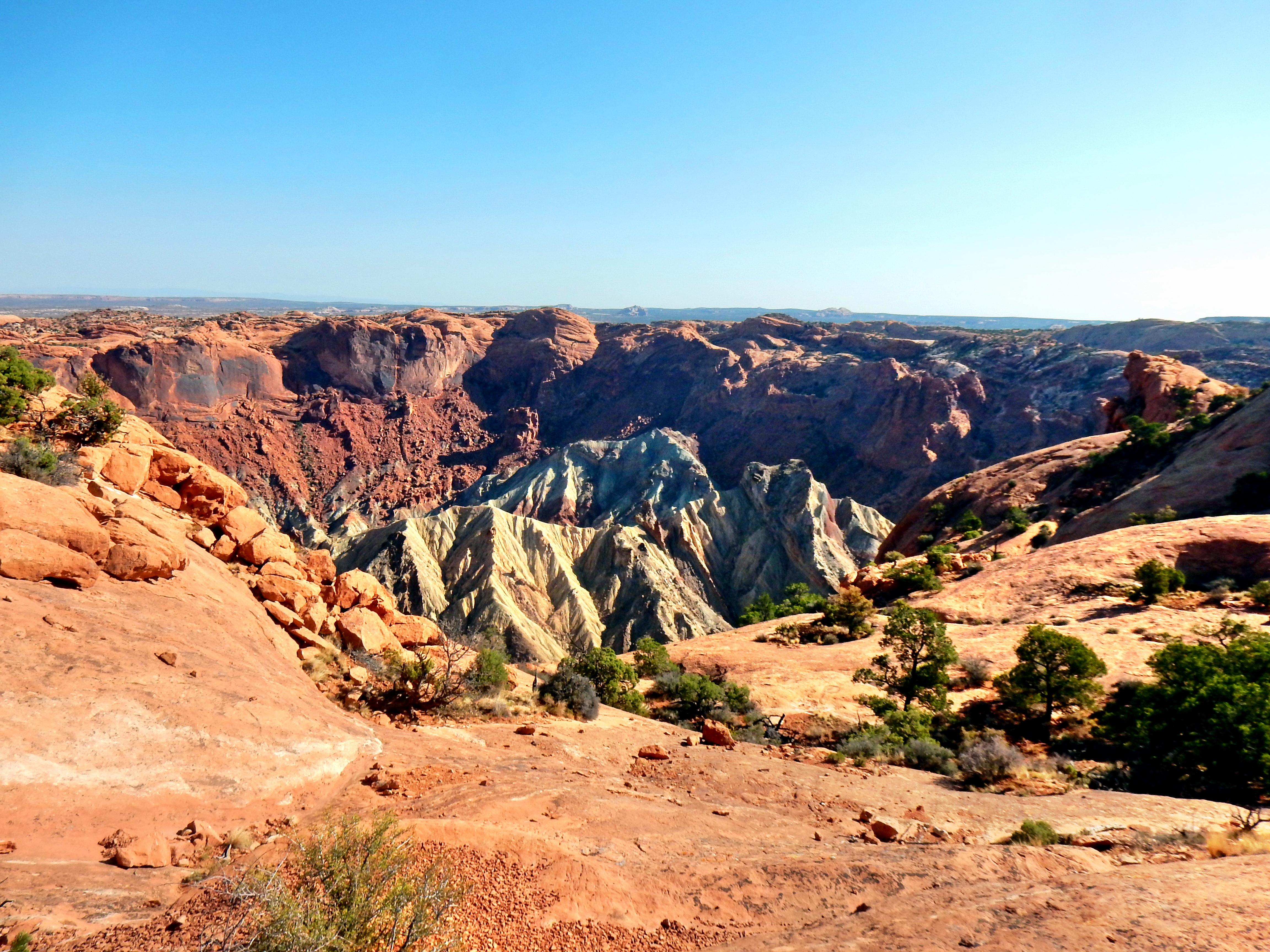 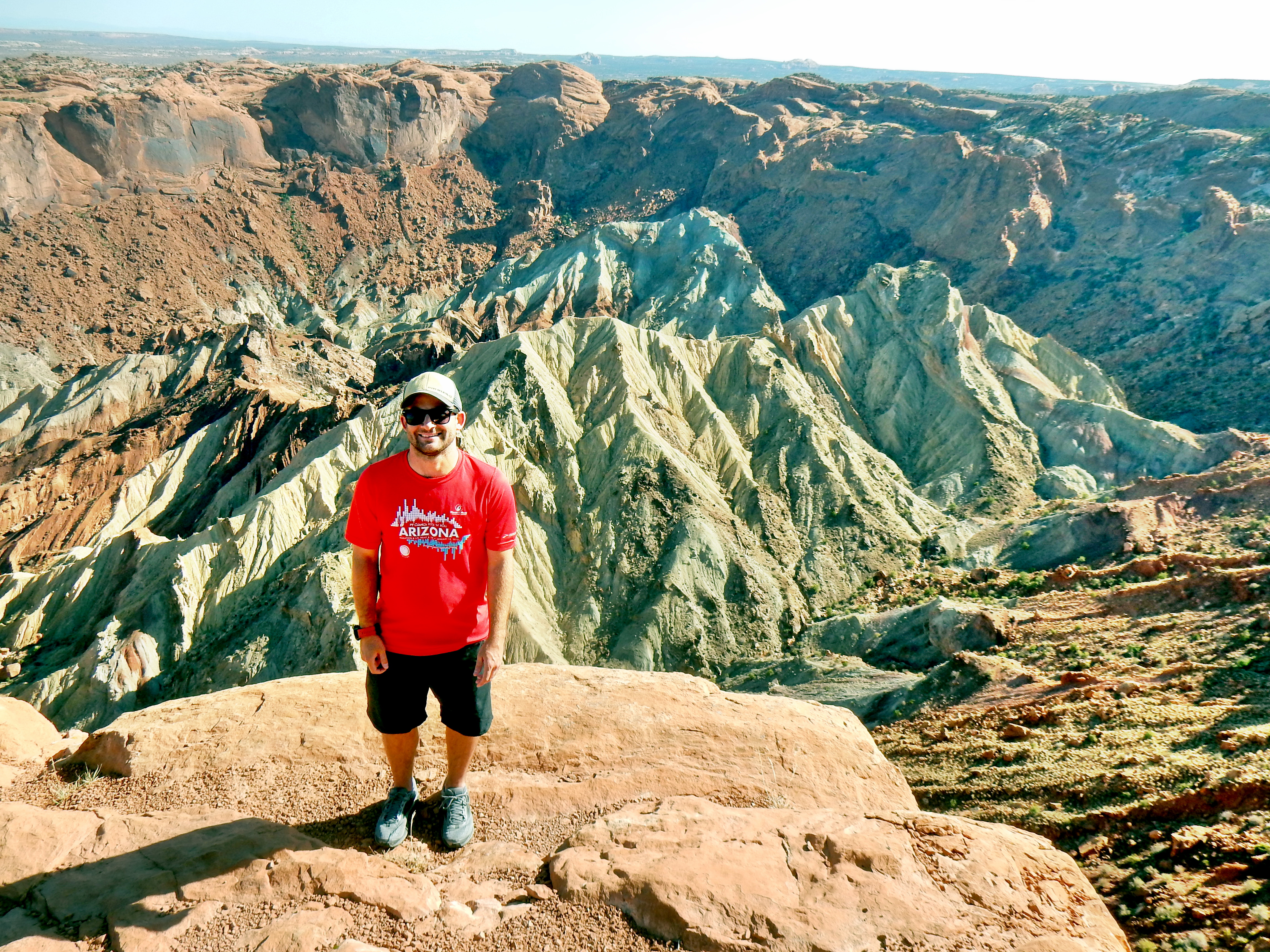 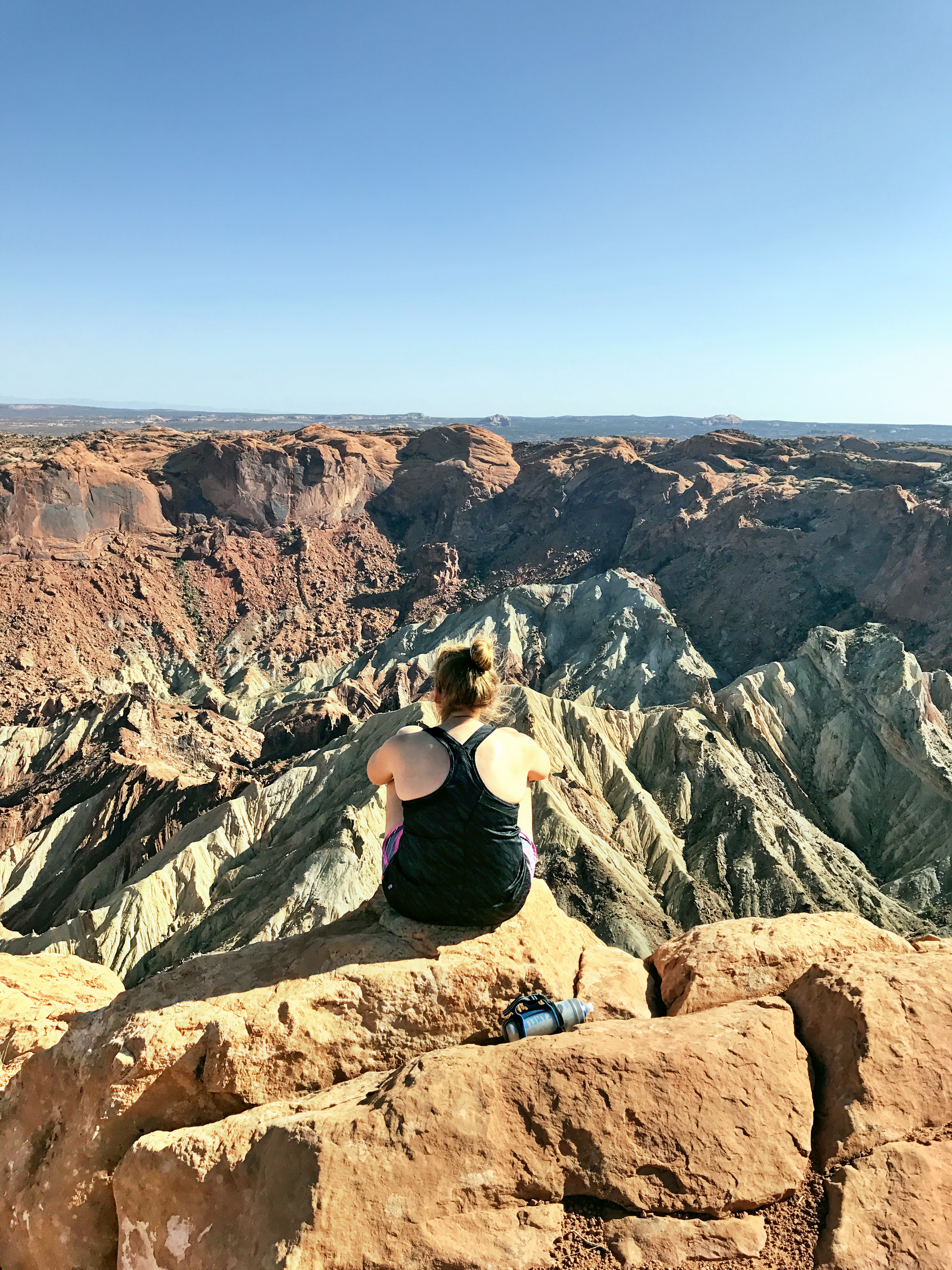 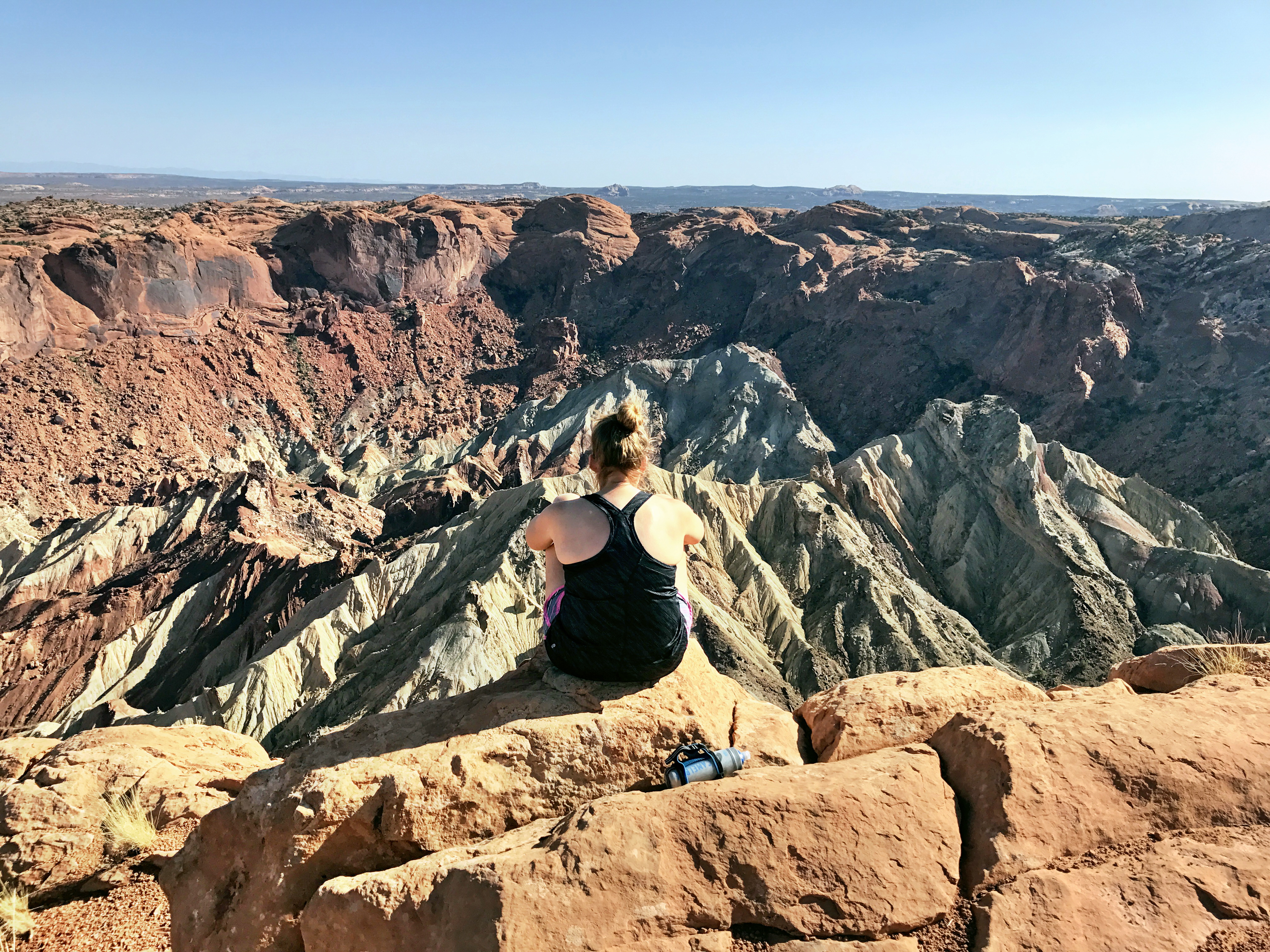