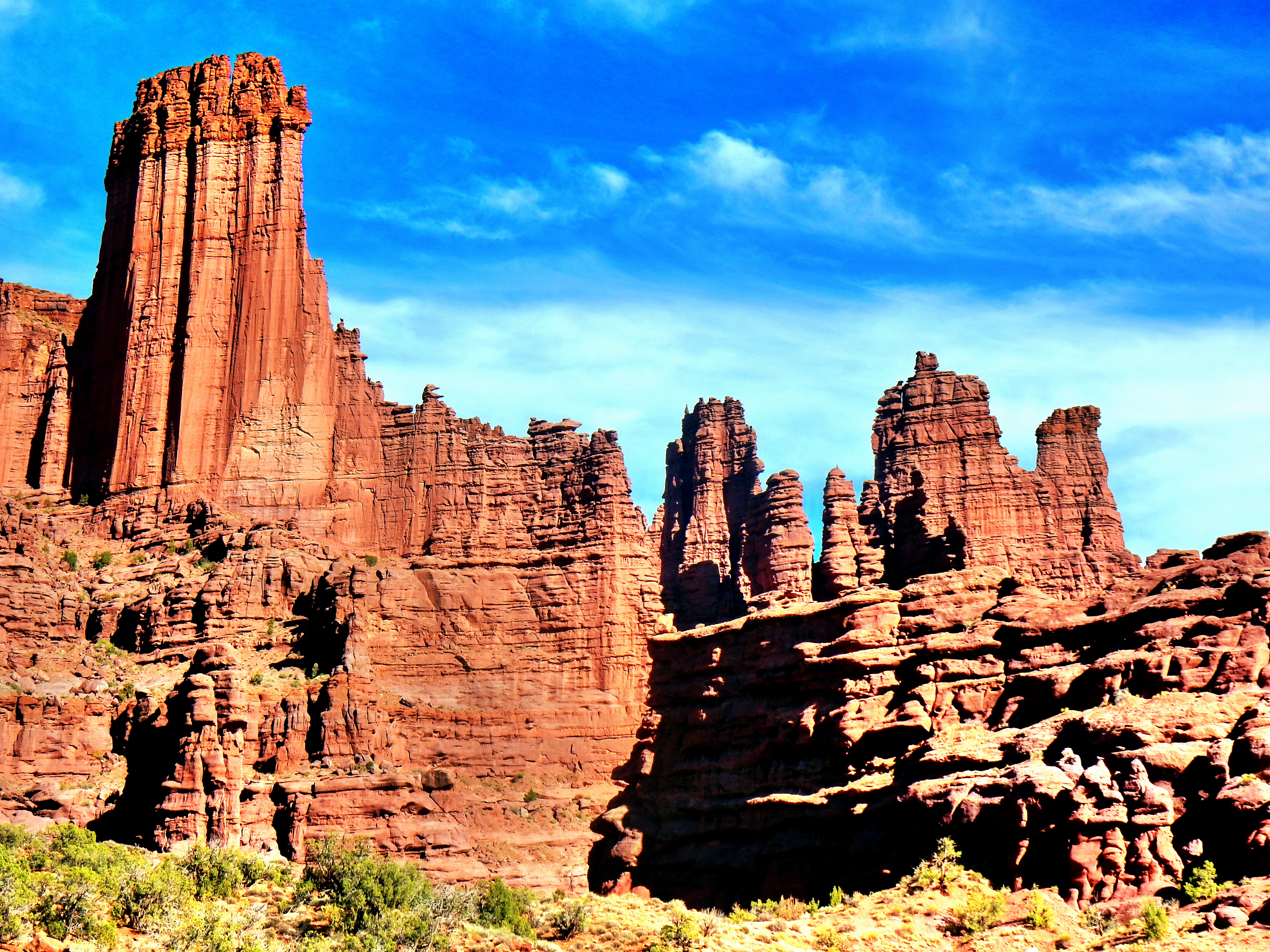 With my 4Runner loaded up and organized (not for long), we started our awesome road trip to Moab and the San Juan mountains of Colorado. The drive to Utah from Denver was pleasant and went by fairly quickly. We contemplated stopping off at Rifle Falls or Colorado National Monument, but we already went on long runs earlier in the morning and decided to leave that for a future trip.

This turned out to be a good decision as it allowed us more time to cruise along the Colorado River on UT-128. The quickest way to Moab from the west is via US-191, but the pay off for only 30 mins more of driving was awesome. UT-128 is a gorgeous drive through the red canyons and is full of rafting and camping opportunities. The campsites were fairly empty during our late August visit, but I imagine they are pretty packed during cooler times. Even if you are just heading for a drive, this is definitely the way to go.

Oh yeah, and you get amazing views of Castleton Tower and drive right by Fisher Towers!  Advanced climbing is available to the top of the highest tower, The Titan, as well. No climbers out there on our visit, but there were several on my last visit several years ago. The Titan has a prominence of around 700 feet and would be one hell of a climb.

Don’t worry though; there are great short hike options to higher vantage points as well. Or, you can just treat yourself to wonderful views from the parking lot like we did. It was very hot (mid to upper 90’s) and we were a little tired from the morning and drive.

Here are some of our favorite pictures:

We were camping right in town, so we enjoyed a nice meal at the Moab Brewery. Overall, the food in Moab was pretty mediocre (or maybe we didn’t pick good spots), but the burgers at the brewery hit the spot. We were quickly reminded of Utah’s bizarre laws regarding alcohol here as well. I won’t detail the laws, but all draft beers were capped at 4%. However, we were able to order full strength beers in cans at the brewery. I recall having to purchase a glass (instead of the beer) as some sort of loophole in Park City a few years ago as well. We also stopped off at a liquor store in Moab several days later and found that the beer was not refrigerated at all. Anyway, I found all of this nonsense interesting! 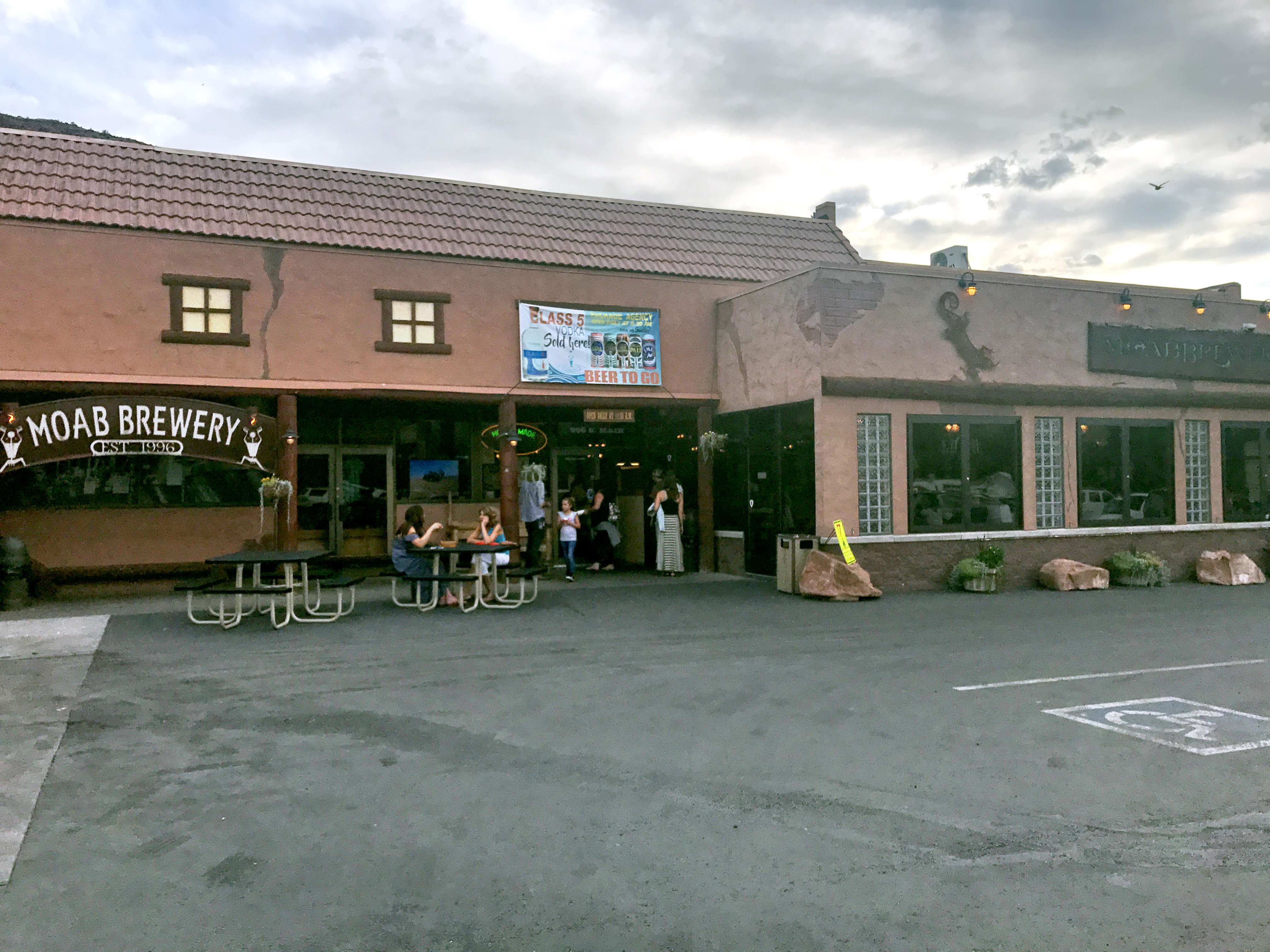 One thought on “Fisher Towers”