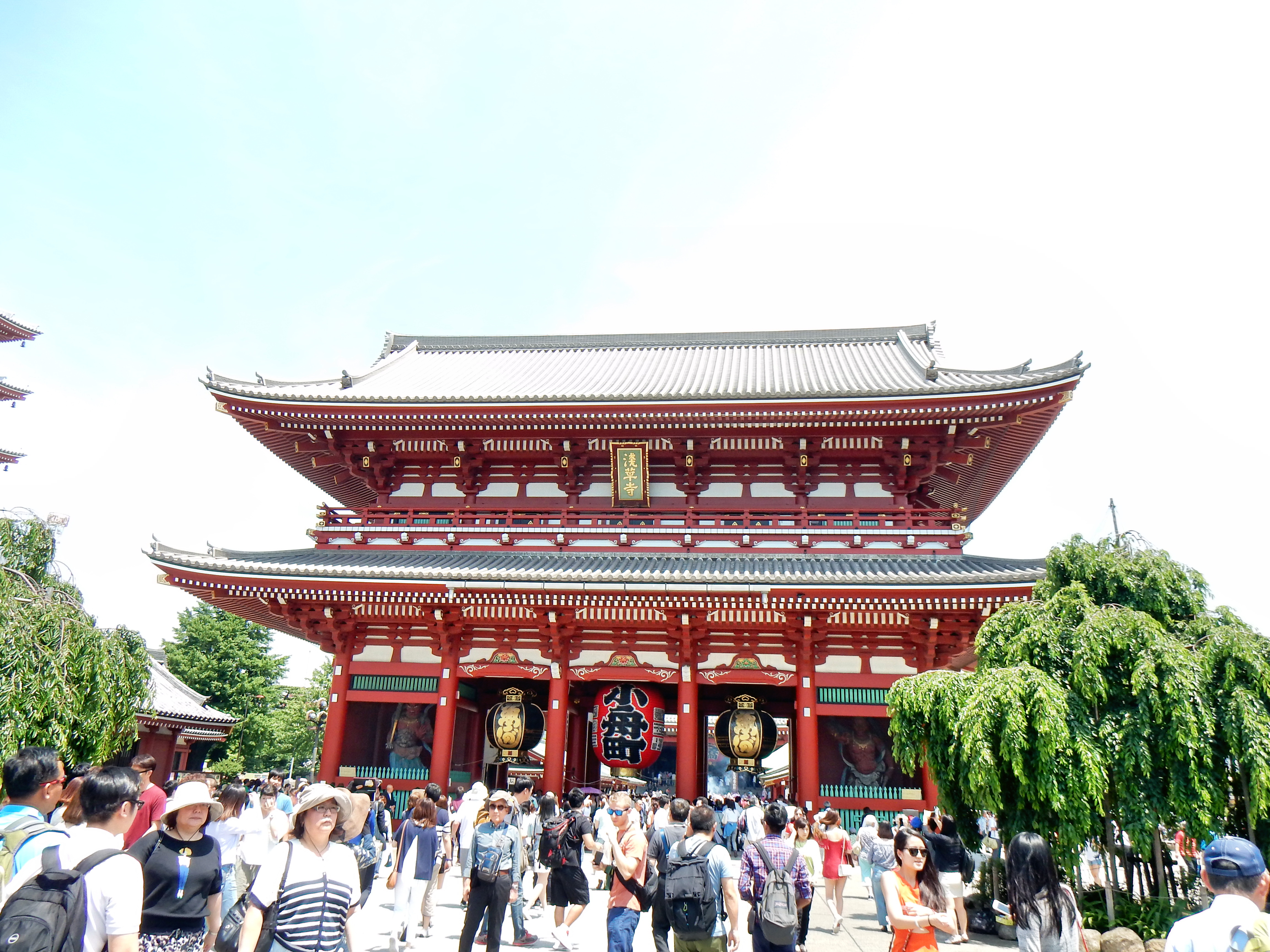 One of the highlights from our visit to Tokyo would have to be Senso-ji Temple located in Asakusa. Senso-ji Temple is a perfect example of the harmonious amalgamation of Tokyo’s rich history and its modern life. It would perhaps be fair to call the blending of the two forces discordant as well, but I side with the harmonious perspective as the historical elements provide such amazing character to Tokyo. It is admittedly somewhat strange to see the sudden appearance of a Buddhist temple originally dating back to the year 645 in the middle of the city however. This next picture I took from the Tokyo Skytree observation tower is a good illustration of this point:

Hint: Look for a red triangular roof closer to the river.

I’ll make another post about the Tokyo SkyTree later, but let’s hop across the river down to the entrance of Senso-ji Temple in Asakusa for now. The main entrance to Senso-ji Temple is known as Nakamise and is lined with a plethora of souvenir shops and street foods. It may be a bit illogical to buy a Godzilla or ‘I Heart Tokyo’ t-shirt en-route to Tokyo’s oldest Buddhist temple, but then again waiting until you get to the airport to buy one doesn’t necessarily make sense either. Sure, I got a few souvenirs on the trip, but personally I was focused on collecting photos instead of eyeing the merchandise to closely. Also, Nakamise was too crowded for my leisurely shopping style.

Senso-ji Temple itself was very beautiful and contained many of the ornate details we had come to recognize and admire. In general, we didn’t spend a lot of time seeking out shrines or temples in Tokyo since we visited such an amazing wealth in Kyoto earlier on our trip. In research our trip I saw in several places that Kyoto holds over 1600 Buddhist temples and some 400 Shinto shrines. Sadly, many of the temples and shrines of Tokyo were bombed in WWII; while Kyoto’s religious sites remained in tact. While Kyoto’s temples are far more plentiful and spectacular, there are several great temples in Tokyo as well. We didn’t visit a lot of temples in Tokyo, but Senso-ji was well worth the visit!

Ok, I don’t have a whole lot more to add right now, so let’s jump into some pictures and I’ll let you know if I think of anything else.