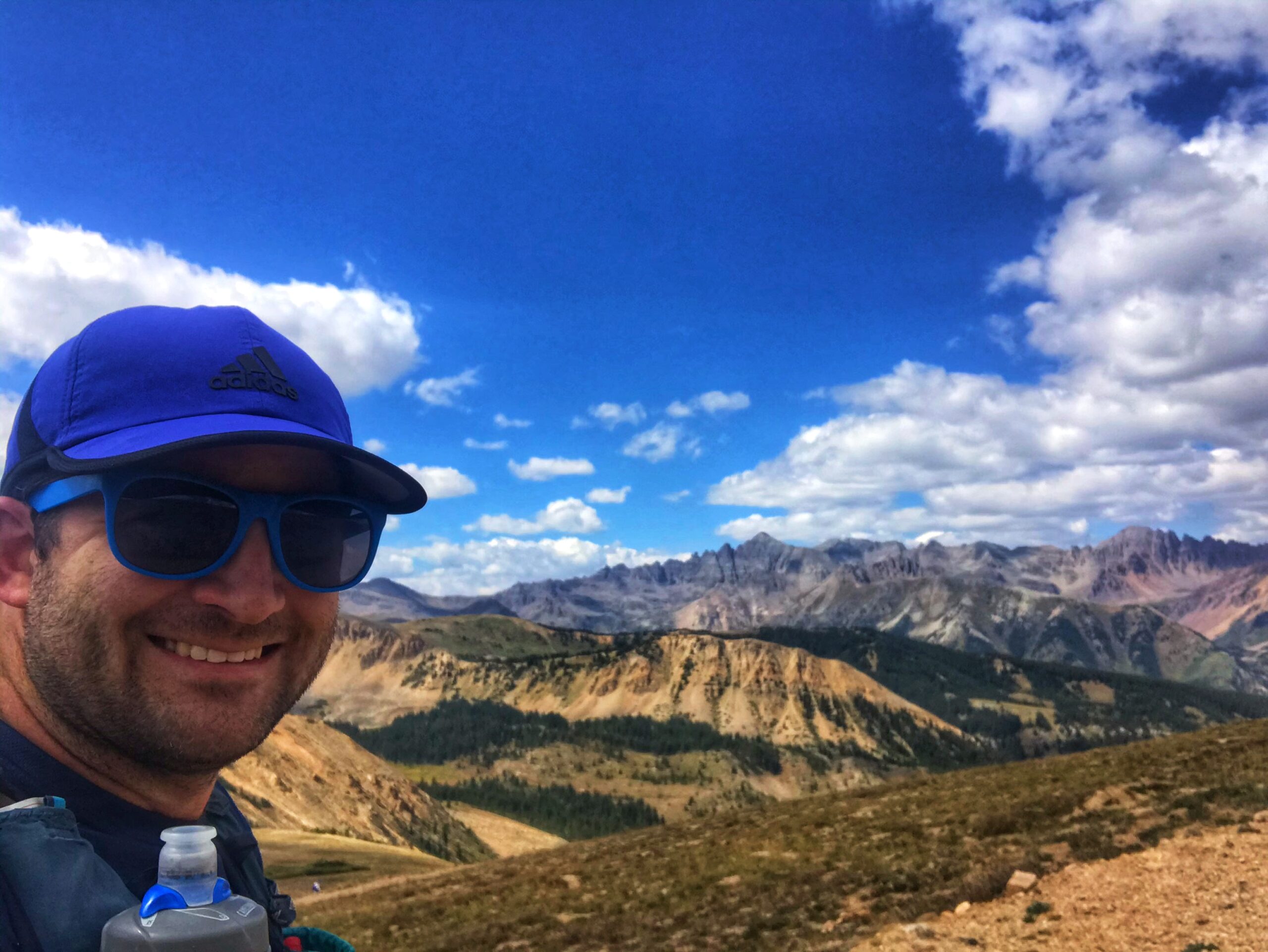 I’d wanted to do this race for years; so, it was odd to be at the start and realize how little I actually knew about it. I knew that we went over a couple of high mountain passes and travelled from Crested Butte to Aspen; that was about it. I knew there was something like 6k or 7k of gain also. I saw the pre-race briefing video online and skipped it; I just sort of showed up.

Work was a little stressful over the past couple weeks and I was just anxious overall. I didn’t get much sleep the night before the race and I knew I was slightly dehydrated going in. Then, I got to the start line about 15 minutes before the start and didn’t have time to use the port-a-potty. I’m used to pre-race nerves, but today was almost approaching a sense of dread beforehand. I don’t feel great acknowledging this, but a large part of me didn’t feel like running today at all.

Well, I started the race and trusted that my negativity would fade; so, off I went. It was pleasantly crisp as we crossed through the base area of Mt. Crested Butte. The course mostly contoured around the hill, which allowed for some running. Crested Butte sat peacefully underneath a thin layer of clouds/fog as daylight quickly made headlamps extraneous.

My stomach wasn’t feeling great at the start, which seems to be true at least 75% of the time on morning runs. Also, I rolled my ankle solidly on one of the first possibly rocks on the course it seemed. I wasn’t in the greatest mood, but the miles flowed by pretty well early on.

Next, we dipped down to Brush Creek for some great views of Teocalli Mountain, Mt. Axtell, and Whetstone Mountain. The road was quite flat and runnable but I didn’t really open up my pace and walked some too. This would’ve been an obvious section to shave off more time, but I knew there was a lot more race ahead.

A short time later, there were a few creek crossings which gave my feet a thorough soaking. About 10 miles into the race and we had our first significant climb. I was sort of relieved because I didn’t really feel like running anyway. I didn’t feel in good enough shape to just run.

I started to feel a little more competent as we climbed up toward Star Pass and the scenery was all brand new to me too. I started talking to a couple people who were using the Grand Traverse as their first forays in ultras and the miles seemed to go a bit faster (even though my pace slowed significantly).

We reached the second aid station, which was fairly minimalist with water, Tailwind, and a bucket of Honey Stinger gels (maybe a couple more things). I only planned on using the races water and Tailwind all day because I’d heard that the race’s aid stations may not be as thorough as some other ultras.

As I exited the aid station, two volunteers crossed the trail carrying a big bucket of water up from the stream below. It’s easy to take the luxury of supported racing for granted. The luxury promptly faded to hard work again with Star Pass still looming above.

The next extended stretch of the course was pretty epic! Extraordinary views and the adventure was on. Unfortunately, around the same time my stomach was off. It wasn’t anything major but I decided to focus on hydration and eating a little more around that time too. I felt a vague dizziness (or maybe just fatigue).

Great views of the Sawatch range in the distance and lots of mountains I didn’t really the know the names of introduced themselves. My legs started to show early signs of wear on this downhill section. I was a little disappointed in my body, so I was left with my common ultra refrain of “just gotta make it work.”

While I had a couple issues during the race; I never had any true fear of finishing. I hadn’t looked up the cutoff times before the race at all. The aid station signs listed a few cutoff times and I knew I had plenty of time, so I slowed down. I remember thinking, ‘I’m not going to enjoy myself anymore if I go faster during this stretch.’ (not exactly the perspective that someone in the middle of a ‘race’ wants to have).

I sort of assumed an attitude of ‘I have nothing to prove today’ and I really focused on soaking in the views on the incredible section to Taylor Pass.

After the Taylor Pass aid station, we had amazing views of the Elk Range 14ers, which made it easy to enjoy this stretch.

The course as a whole was very scenic, but my enthusiasm sort of drifted as the traverse on the high roads continued. I just sort of wanted the day to be over with as I wasn’t feeling great. I sort of felt like I’d seen the views and wanted to just relax. I sort of just trudged through the next section and again found my energy waning.

I had held back on several sections thinking vaguely thinking I was saving energy for the final 5 miles of downhill from the top of Aspen Mountain to town. Well, I think I did fairly well on this section; but, I wasn’t exactly bombing it or going all out. The course seemed to traverse back and forth unnecessarily long at every opportunity, which was frustrating with town such a short distance away.

I finally got to the finish line! It felt different than I expected for some reason. I was very tired and beat down, so I think I felt relieved mostly. I was really happy with the race, but it wasn’t anywhere near as emotional as my 100 finish two months ago.

The Grand Traverse was a hell of a day and I definitely endured a lot physically with the race; but, I was left just feeling beat. As I look back, the race was definitely a mental challenge as well, but it was just the wrong sort of mental challenge maybe. I made it to the finish line, but I never felt comfortable or truly relaxed the entire day. I finished and enjoyed a lot of the race, but everything just felt a little off.

Honestly, the Grand Traverse is an amazing race and I highly recommend it! I don’t think my lack of enthusiasm is reflective of the race, but I was just a little burnt out, undertrained, and felt really anxious today. I’m really glad I did this race and it is definitely one I’ll remember.

I hardly ran at all over the past two months (August: 28.3 miles & July: 31 miles) after Bighorn 100. I hiked like 41 miles in August as well, which probably saved me a little bit today. I really enjoyed some awesome hiking days over the past month (Mt. Emmons, Arkansas Mt., & Pagoda Mountain), but really pretty limited pure running. I guess I can’t be too surprised that I didn’t feel like pushing on several sections today. I felt lazy, unmotivated, and sort of out of shape heading into this one. Then again, I felt out of shape for Bighorn 100 too and I actually trained ok for that. Bottom line, I think I enjoy races more if I’ve trained for them…easier said than done though.