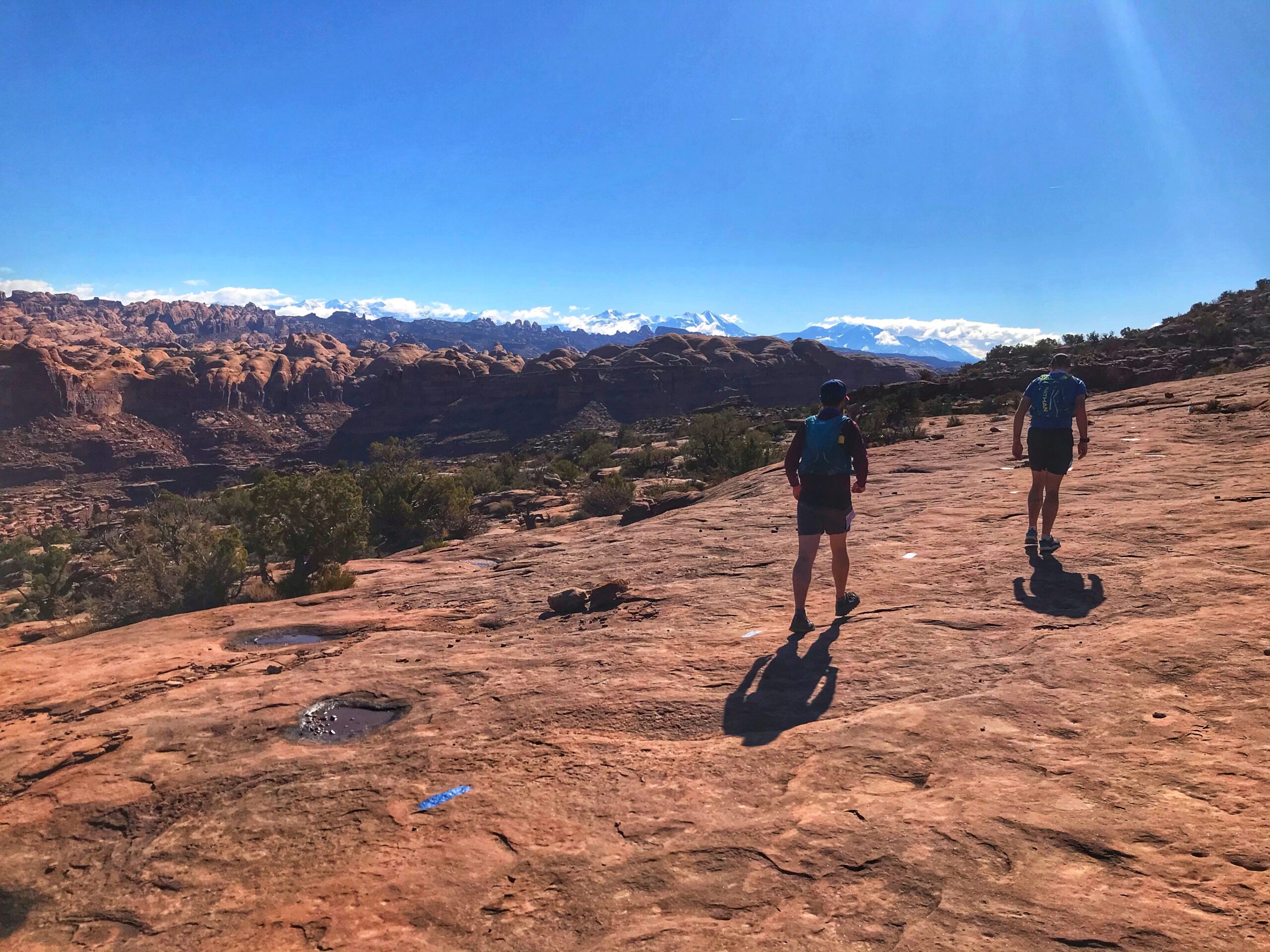 Allen: “Behind the Rocks just opened up more spots. I’m going to sign up.”

Scott: “Hmm, interesting. I wasn’t really thinking about that race, but could be convinced. Matt, are you gonna sign up?

Me: “Nice, yeah I am likely going to be signed up for the 50 mile by the end of the night.”

Me: “I’m dragging my feet for a minute on it, but will sign up in a minute.”

I guess that’s all it takes to get three ultrarunners signed up for a 50 miler. Allen had run the 30k before and I was vaguely thinking about the race before it sold out earlier in the year. I knew the race was on the outskirts of Moab and that it was 50 miles long. Trying to find a viable race in March when you live in Colorado is a challenge and I really wanted to get a 50 miler in my training for Bighorn, but that was about the extent of my thought process.

This race came up very quickly on my calendar and felt even quicker since I had just finished Run Through Time the weekend before. For some reason, I got a gushing, bloody nose the evening after RTT and then I had a massive headache that lasted for several days after. That combined with being worried about completing 50 miles resulted in me not having run at all in the week leading up to the race.

I drove out to the race on Friday with my friend Scott, who had run RTT the weekend prior as well. As we got closer to Moab, I started to become remembered of the awesome trip Elizabeth and I had to Moab a few years back. I sort of forgot how cool Moab was and it was strange to cross the CO Stateline for the first time since our trip to Hawaii in 2019.

As is frequently the case, I realized I knew very little about the course as we headed out to packet pickup at the Start/Finish. It was fairly chilly with even a few flutters of snow, which was actually great since it meant the next day wouldn’t be as warm. We met up with my friend Allen and his wife Amber for dinner at Pasta Jays.

6:00am: The race had a nice and early start, which was sort of funny as I hadn’t even thought about bringing a headlamp. I’ve been doing my runs later in the day (or, just not running like I should), but luckily Allen and Scott had things covered. I was loving the views of the La Sals in the distance, which was a nice distraction to get through some early miles. The Behind the Rocks course was beautiful and challenging as well. I was a little taken off guard by how scenic it was since I hadn’t researched at all. I ended up running the entirety of the race with Scott and Allen, which helped immensely and made it more memorable as well!

It has been a while since I’ve trying to write anything for my website, so let’s ease into things with a picture tour of the race. You can jump to the bottom to check out the Relive video of the course too!

Well, the pictures I took really don’t do the race justice. I was nervous headed into this one, but running the whole things with friends really helped pushed me through. I drifted behind Scott and Allen a few times and I felt like they dragged me with them, but it was pretty cool to run the whole race together. My goal for the year is Bighorn 100 and I don’t think I would’ve had that in me today. It was an encouraging race though and a sign that I might be on the right track at least.

Check out the Relive of the course for a better look!