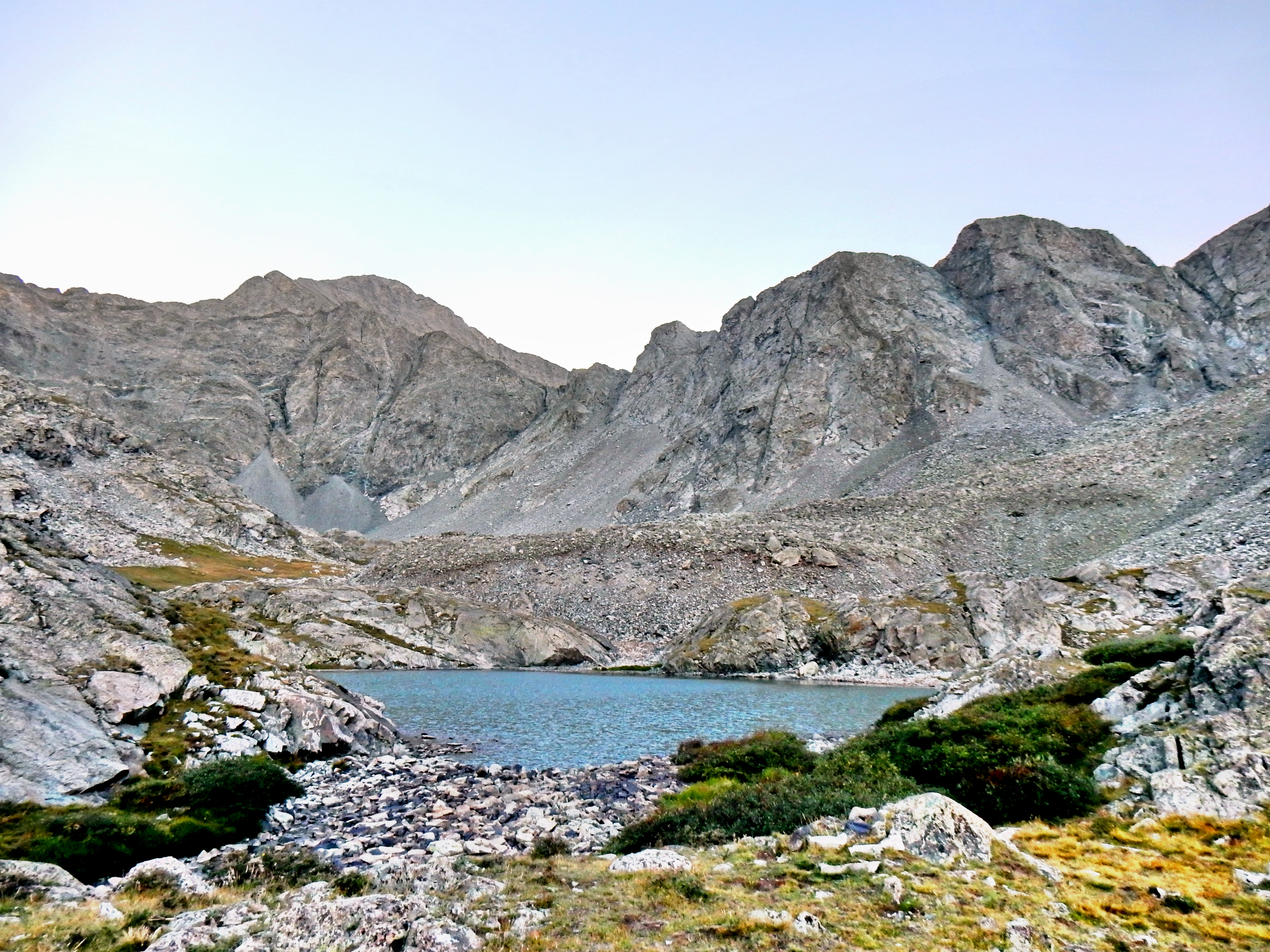 The 14ers of the Sangre de Cristo range are among my absolute favorites, so I was eager to show them to Elizabeth. However, the range is also full of some of the most difficult 14ers as well, so we decided on Humboldt Peak! Our plan was to camp out at South Colony Lake with our dog Archie on Saturday night and then summit Humboldt on Sunday. Several years ago, they closed the upper section of South Colony Road making it a much longer hike, so it seemed like a fun idea to split our hike into two.

Then the morning of our trip came and we started to question our initial plan. This was Archie’s first backpacking experience and we were worried that South Colony Lake might be a little crowded. I read that South Colony Lake boasts at least 40-50 campsites, but I also knew it was a popular base for climbing the Crestones, Humboldt, or the East ridge of Kit Carson. Long story short, we had a backup plan of camping out at South Zapata Lake instead. This route promised to be less crowded, aside from the first half mile to Zapata Falls. I also had the idea in my head that this would be an easier option comparing the stats. Humboldt’s west ridge is listed at 11 miles RT with 4,200ft of gain on 14ers.com; compared to 8.8 miles RT with 3,116ft of gain for South Zapata Lake per Alltrails.com. Well, it ended up being at least mile longer each way and our trail was very steep! So, I’m not sure it was any easier really and I think it was more difficult if anything.

The drive from Littleton to the Zapata Falls trailhead took us almost four hours, but it was a nice drive and went by quickly. It was fun to look at Spanish Peaks again after summiting West Spanish Peak earlier in the year. Then, we got a great view of the Blanca Group as we wrapped around to head north toward Great Sand Dunes National Park. Sadly, it was a little hazy from the fires but we still got a fantastic view of the sand dunes backdropped by the Crestones as the Zapata Falls trailhead is only about 8 mile south of the dunes.

A quick maybe .3 miles and you will arrive at the well-marked split for Zapata Falls and South Zapata Lake. I went to check out the falls on the way in, but given the crowds and Archie’s water etiquette he and Elizabeth waited as up the creek bed toward the falls. Once I saw how the falls were tucked back in the crevasse and saw it for myself, I reported back that Elizabeth had to go see it! We got a bit of late start though, so we decided to keep that for the other end of our. Check out the pictures at the bottom!

While the trail to Zapata Falls was fairly busy with young kids, casual tourists, sandals, and Nikes; the hike quickly turned serious as we parted ways. The trail was very well-maintained and wasn’t too rocky initially, but the trail wasted little time gaining elevation. Elizabeth and I had run 16 miles and 15 miles earlier in the morning, so we weren’t exactly fresh either.

The next segment of our hike was a bit of a grind as the trail cleverly snaked up along the South Zapata Creek valley. True emphasis should be placed on the word ‘up’ as well. Particularly since we were carrying backpacking gear it was a bit slow going, but it was a great and easy to follow trail. We passed a few camping spots on the way, but it was mostly too steep for tents for quite a while.

Archie did great on our trip, which was a great relief! He may have just been totally exhausted, but he was very quiet and kept marching with us. Around camp, we were very happy we brought a stake and chain leash so we could tie him up with lots of freedom. Also, we bought a product called the K9 Bed from Mountainsmith, which Archie loved. It is a very simple dog bed that packs up easily and provided a little bit of insulation to keep him warm and off the ground. Next time, we plan on bring a small blanket too since Arch got a little cool and didn’t like it when I tried to offer him my sleeping bag.

It was a little cool the next morning, but the views were spectacular and we had a lot of fun setting up pictures and goofing around. As I mentioned earlier, there are a few class 3 routes up Ellingwood Point (14,042′), but we decided to just relax; especially with Archie. Also, Twin Peaks A (13,580′) has a route from our camp, but we never really looked at that one. Our hike up was a bit of a trudge, but here are some of the views we had the next morning. I’d say it was well worth the effort and we had a great time!

On the way back out, we ventured up the rocky creek bed to check out Zapata Falls. It was a nice way to cool off a little and cap off a great trip. Unfortunately, it was a little bit crowded, so only a few quick pictures. 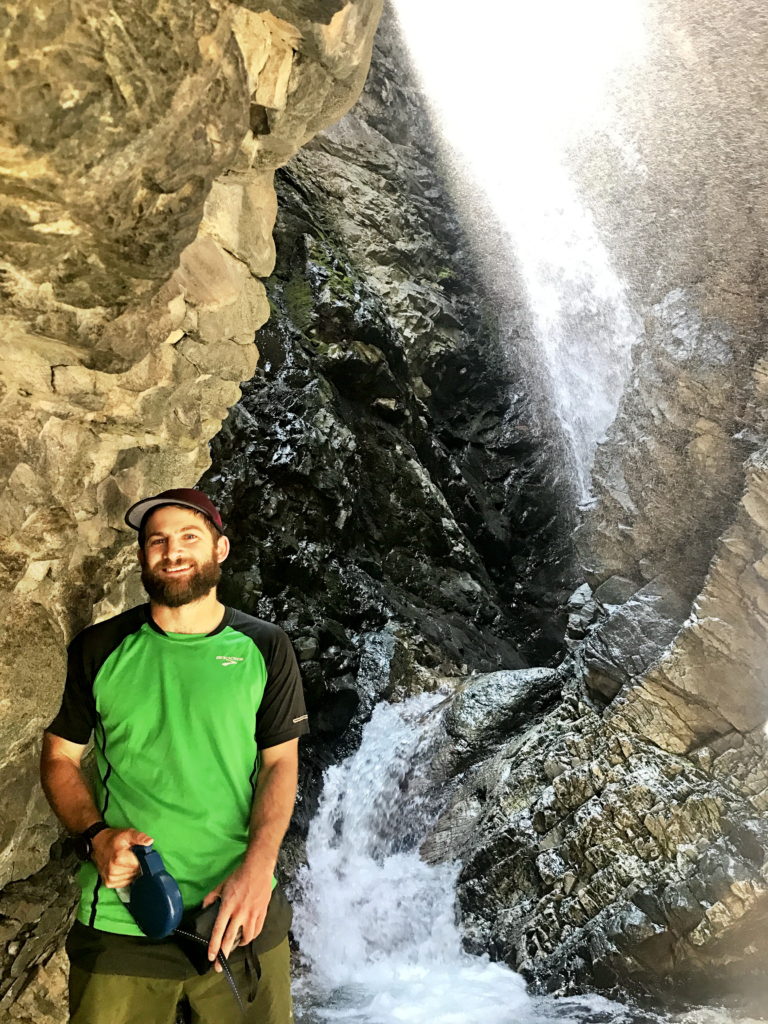 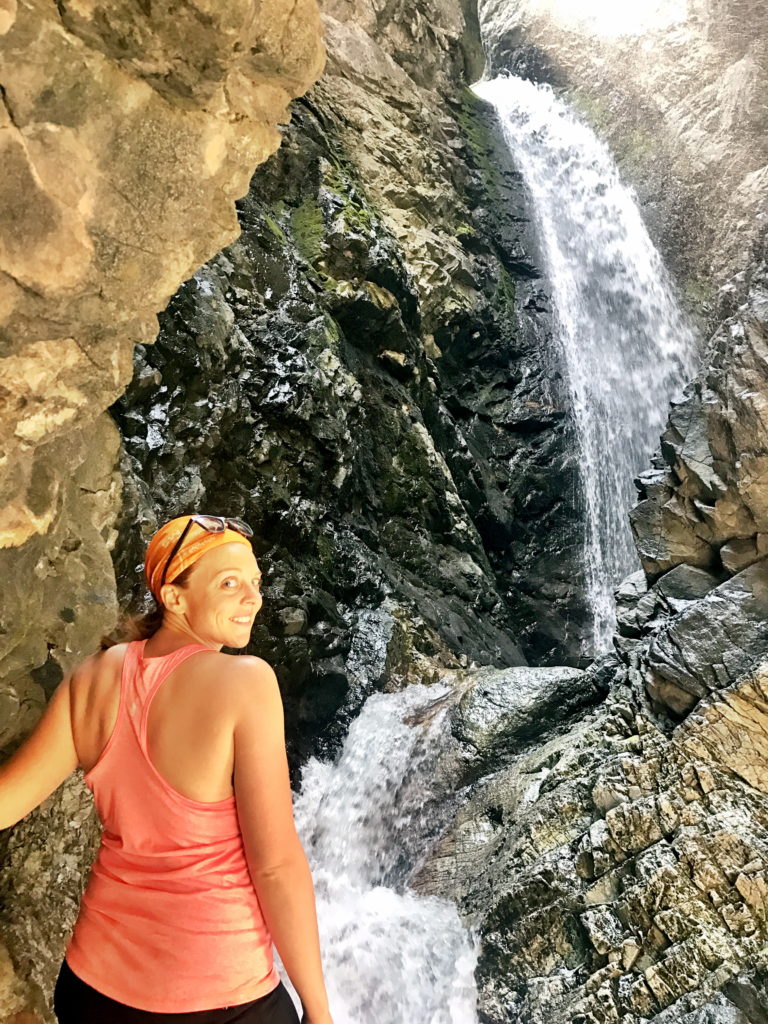 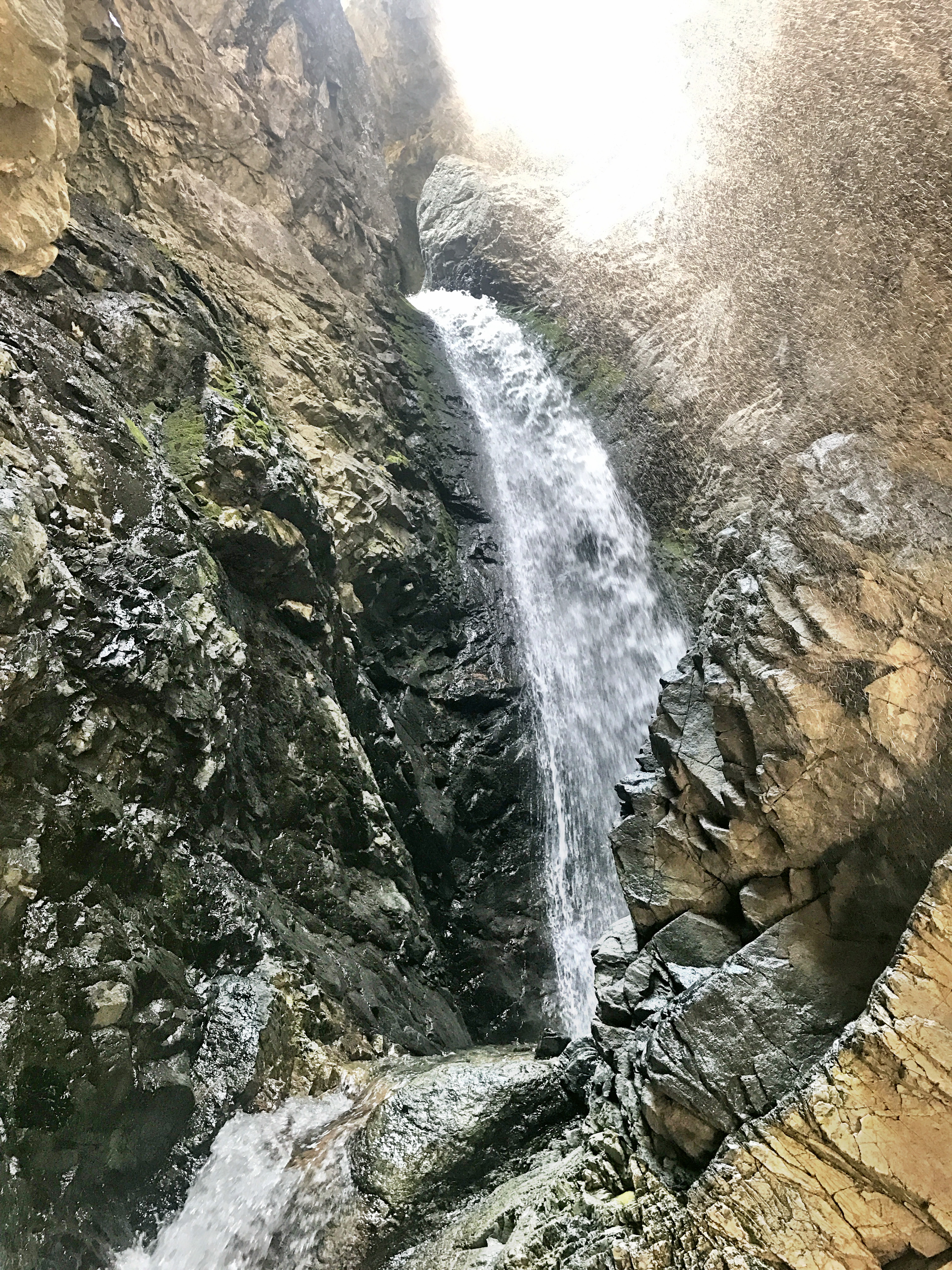