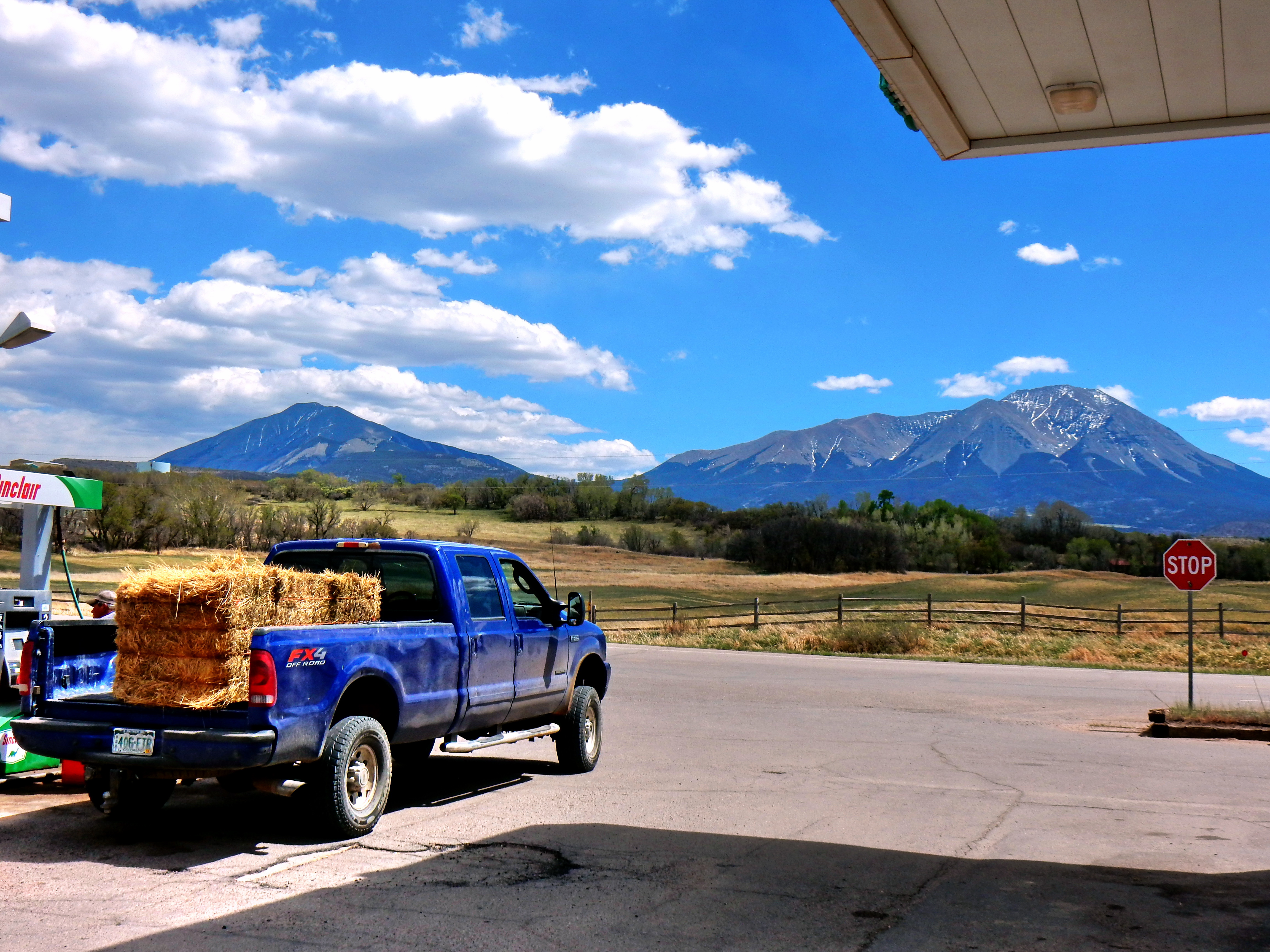 Well, I’ve never regretted climbing a mountain! This was the thought process as I pondered driving over three hours down to West Spanish Peak. I decided to skip this climb/hike last week and I was sort of bummed. With my classes starting back up, it was clearly time to go for it! Plus, the weather forecast looked amazing and my 14ers.com intel told me that the route should be snow free.

So, why climb West Spanish Peak? Well, it is a peak that I’ve gazed upon with awe on several other climbing trips over the years. It is Colorado’s 183rd highest peak at 13,626’, but the mountain’s prominence makes it rise above the crowd. (**If you aren’t familiar, prominence is basically a measure of a summit’s isolation or independence from other mountains. In other words, it is the peak’s height compared to its lowest independent contour**). In fact, it boasts a prominence of 3,686’, which makes it the 12th most prominent in Colorado. (Another side note…just south of Pueblo on I-25, another mountain caught my eye with freshness. This turned out to be Greenhorn Mountain (12,352’) of the Wet Range, which is the 11th most prominent summit in Colorado).

The mountain’s prominence makes the Spanish Peaks a striking presence from many miles away in all directions. The Spanish Peaks are technically part of the Sangre de Cristo Range (most specifically the Culebra sub-range), but they truly dominate the area. Ok, I referred to the plural twice; so, I should mention East Spanish Peak now as well! East Spanish Peak is only 12,684’, but is a dramatic and beautiful peak in its own right. From a distance, East and West Spanish Peaks appear to be somewhat close, but they are at least four miles apart (more on this later!).

Let’s see what else should I tell you? Native Americans (sorry, I don’t know more specifically…I’d guess Apache or Ute) named it Wahatoya (sometimes spelled Huajatolla), which roughly means “breasts of the world”. I drove by a sign on the high way listing a Spanish name as well, but I don’t recall. Anyway, the point is that these mountains made a strong impressive on many distinct groups living in the area. Alright, this is possibly more background than we bargained for, so let’s head to the top of Cordova Pass and get this show on the trail!

Cordova Pass sits at 11,256’ where you will find the West Peak Trail. I anticipated this being a fee area, but there were no pay envelopes left and there were no signs discussing this (maybe just an early season thing, so bring some cash just in case). There is a small campground at the top of the pass as well. There are a few private ranches along the road also.

It only took me about 1:45 to reach the summit of West Spanish Peak and I drove over 3:00 to get to the trailhead, so I was tempted to extend my adventure over to the summit of East Spanish Peak. I wasn’t feeling too froggy early in the day, but it was gorgeous up there and I didn’t want to head back down yet. The only problem was that East Spanish Peak was so damn far away! I saw one write-up stating it was over five miles more out to the summit, another source said about 4.25 miles. Either way, it was going to be a longish out-and-back journey that would require me to lose quite a bit of elevation. Going into the day, I only really planned on climbing West Spanish Peak since traversing over to East Spanish Peak seemed like it’d be anti-climatic as it was about 1,000′ lower.

Well, that concludes our regularly scheduled program. Here are some bonus photos, including some really zoomed in photos of the Blanca Group and the Crestones. While you can pick out certain details with the naked eye, they were pretty far away, so most of these are edited significant in an attempt to highlight them. Anywho, see you next time!