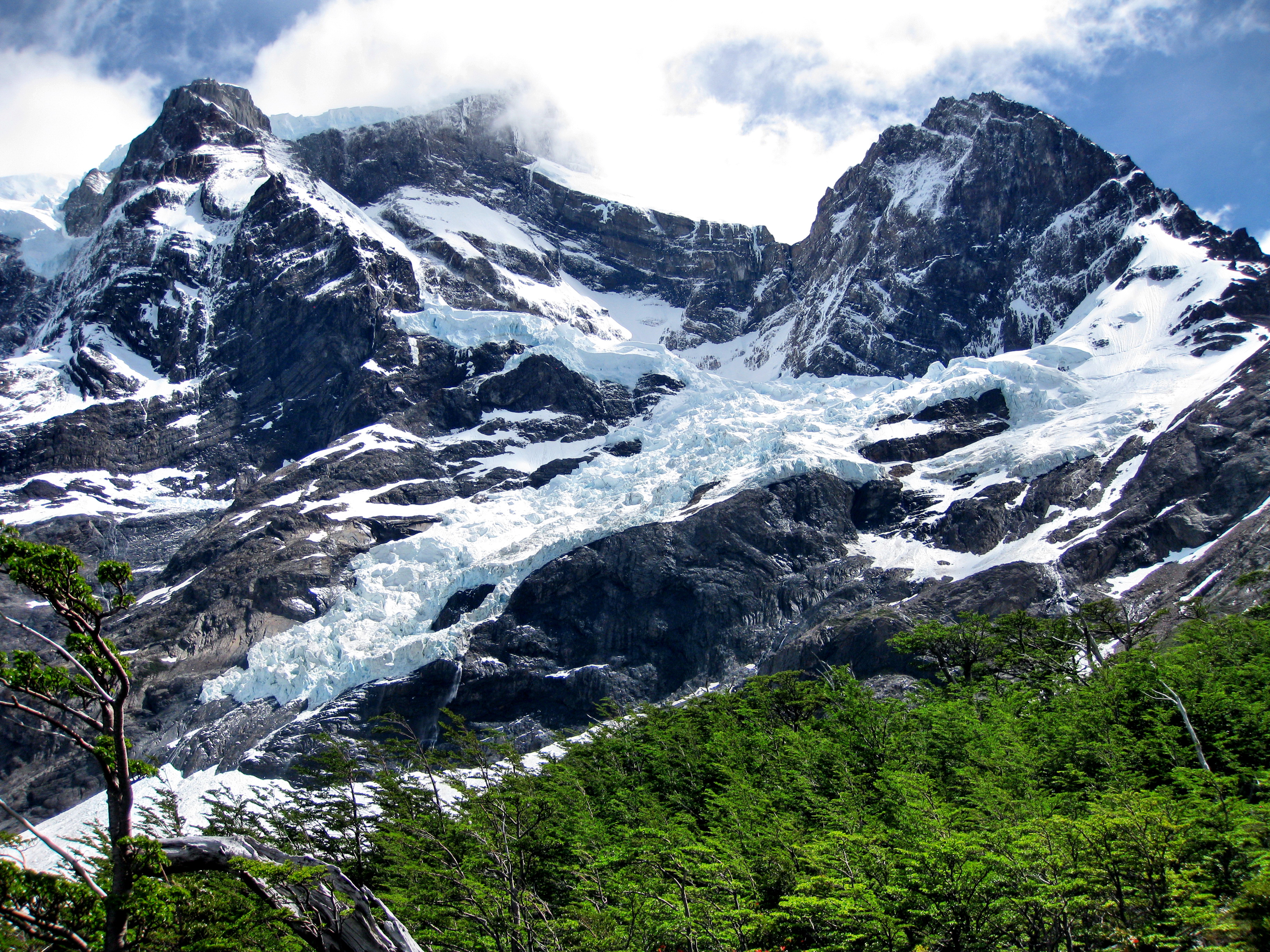 Our first few days in Torres del Paine National Park set the bar exceeding high and were going to very difficult to top (See my entries on Day 1: Hike to Base of the Towers & Day 2: Grey Glacier). However, our hike up French Valley may have taken the cake as my favorite day. Of course, the beauty of a fantastic trip is that every day and experience amalgamates into a prime aura of awe and amazement. Regardless of how the day ranks against others on our trip, it will always be implanted in my mind as a special and supremely awesome day.

The French Valley hike is the center of the fabled W-route of Torres del Paine and promised inspiring views of Los Cuernos, the backside of Las Torres, and of course a front row seat to French Glacier. Our day started with a boat ride across Lago Pehoe, but the winds were too strong and we had to turn back! The conditions didn’t seem too extreme, but the first boat we arranged to be on was fairly small and the decision was made to turn around. The French Valley hike promised to be one of the highlights of Torres del Paine, so we frantically headed on the road to pick up a much larger catamaran on the other side of Lago Pehoe. Luckily, we made it in time and our hike was back on!

After a much smoother ride across Lago Pehoe, we arrived at our trailhead. At the start of trailhead was a cool campsite with a few buildings as well. While the camping area would have been a great experience; it was really nice to start our day of hiking with a full night of sleep. Given the dramatic winds of Patagonia, it almost certainly would have been a restless night of sleep. I’ve spent many a restless night camping, but we had a 13.7 mile hike in front of us so it was nice to start with a good night of sleep.

As we started our hike, the Horns patiently waited for our visit. Even from the trailhead, the view of the Horns was awesome. Another highlight of the early part of our hike was passing by Lago Skottsberg.

A ‘quick’ digression on the names of lakes and areas within Torres del Paine. I believe I mentioned in an earlier entry, but the word ‘Paine’ actually comes means blue in the Tehuelche language. The Tehuelche and other groups were clearly the first to ‘discover’ and inhabit the area. I don’t claim to know much about the history of the area, but I understand that there were several nomadic inhabitants dating back over a thousand years ago (including the Tehuelche (Aonikenk). Despite this history, the names of foreign explorers/scientists of the 1900’s adorn maps of the area today (i.e. Lago Nordenskjöld & Lago Skottberg). Perhaps the unique history of exploration and scientific inquiry into Torres del Paine National Park denoted by the names is acceptable, but clearly Carl Skottsberg (a Swedish botanist) was not the first to discover the lake named after him. I was unable to find any information on any prior name from former inhabitants.

Now, a ‘quick’ digression from my last digression…Unfortunately, the naming or branding of locations around the world is frequently arbitrary or unaware of the past. For example, the Koyukon of Alaska and locals have always known the highest mountain in North America as Denali. However, the United States used the name Mount McKinley for almost 100 years until the recent name change back to Denali in August 2015. I’m not exactly sure on what basis the mountain was named after William McKinley (the 25th U.S. President), but clearly Denali is a far more respectful or fitting name. And, Christopher Columbus is obviously not the true ‘discoverer of America’ either. In the words of Harry Potter (or some part of the series), “mischief managed”…

Let’s get back to the edge of Lago Skottsberg and our hike up French Valley! As we made our way up the trail from Lago Skottsberg we caught a good glimpse of French Glacier peering above the landscape. I don’t recall if we saw or heard it first, but we were lucky to witness a reasonable size avalanche (and do so from a proper distance).

The next section of the hike provided awesome views as we closed in on the high plateau viewpoint that was our target for the day. The steady flow of fresh glacial water down the valley meant that we didn’t have to worry about filtering our water at all. I remember filling up my water bottle with some incredibly refreshing cold water and thinking it was awesome to drink straight from the source. Straight from the source just like a can of Coors back home…um, yep.

The route up the valley crossed over a very well made rope bridge before slicing up an intriguing wind blown ridge. On the left side of the ridge were perpetual glimpses of the mighty French Glacier. The right side provided a fantastic view of the Horns with the Towers peering skyward as well. The end destination of our hike was spectacular, but the hike itself was amazing also.

The high plateau in French Valley is an incredible place! An amazing perspective on the Horns and Tower on one side, phenomenal French Glacier on another, and beautiful green/blue lakes back down the valley. Incredible is probably too mundane of a word to describe it, but then again I question if any word(s) would explain; so, let’s enjoy some pictures instead.

As I hope some of these pictures illustrate, it was an otherworldly day that I’ll never forget. This is the end of my (mostly) chronological summary, but we have so many more amazing pictures from the day that I’m going to throw some bonus photos out there also. Check out the GoPro video I made as well!