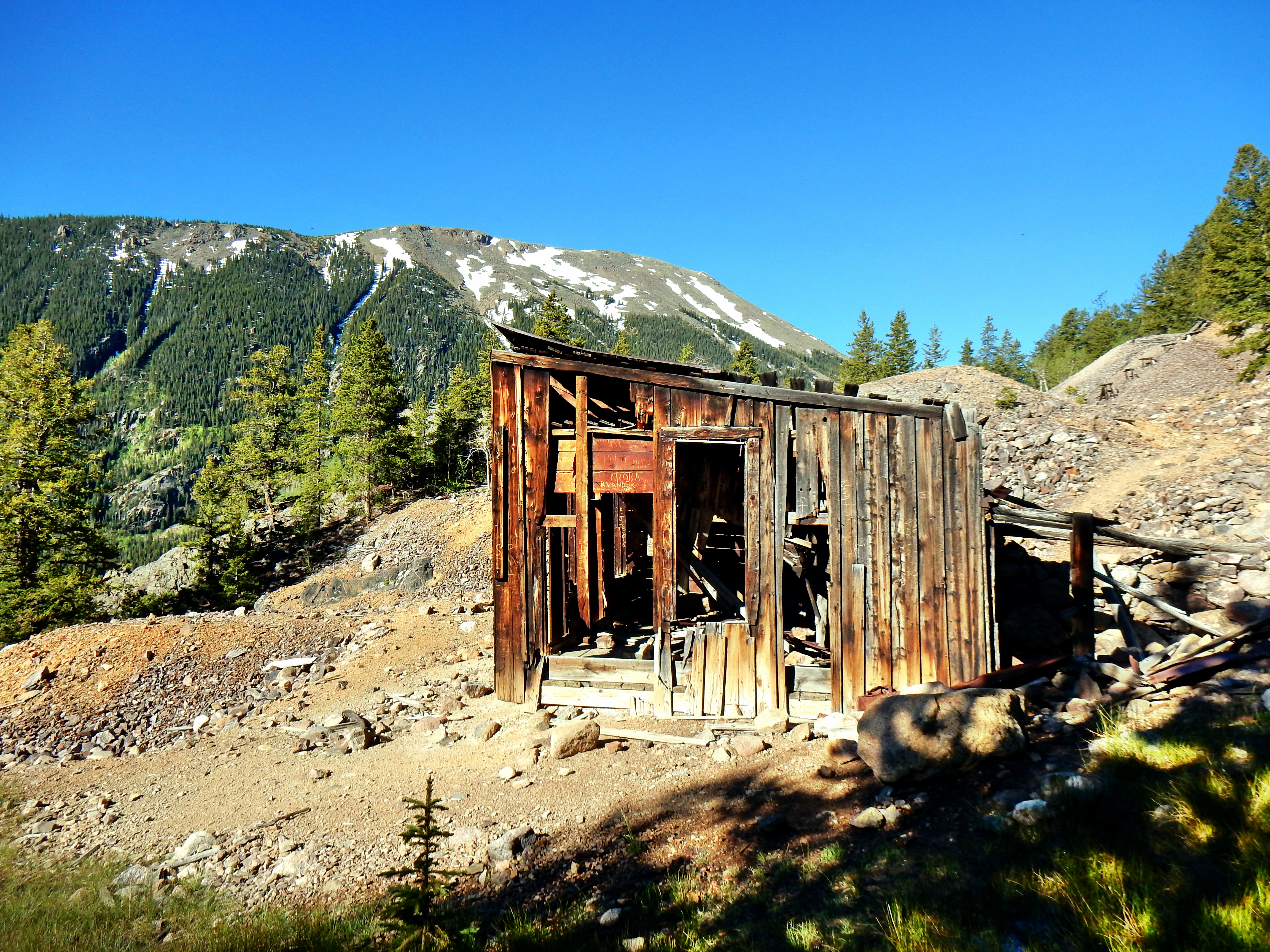 If you only have two minutes, check out this overview video. If you have more time, there are some great pictures below too!

Today was the first day I haven’t been stressed out by school or other factors in life for several weeks. I enjoy skiing and winter, but I’ve been somewhat lost without the mountains. I made it up to the mountains for a few climbs, but never really got around to honing my winter exploration skills like I planned. It was a great reminder that happiness is frequently only a ridge or two away. In this case, happiness awaited about 50 minutes west of Denver up I-70 in Silver Plume, Colorado. I’ve headed up Interstate 70 to the mountains for the majority of my life, but I’m honestly not sure if I’ve ever gotten off on the Silver Plume exit before.

Well, I can say with certainty that I’ll drive by it with a smile each time now; today was special. I parked at the “intersection” of Main Street and Silver Street. Don’t overthink it, there are only a few streets in this town of a few hundred people. My day started on the well-manicured 7:30 Mine Road. As the name indicates, it leads up to the old 7:30 Mine, which was named for the time in the morning that miners went on shift (an hour later than other mines). I started at 8am, so I was a little bit late for work; but today was all about play!

There are a wealth of mining ruins and rusted over equipment during the first few miles of the hike. 7:30 Mine Road is relatively steep, which allows one to climb up and away from the interstate quickly. It was sort of bizarre to start a hike less than a ¼ mile from a major interstate. The meeting of the commercial semi-trucks below and splintered, rusted mining ruins presented an intriguing dichotomy. About a mile and a half into the hike, I took a brief detour out to visit Griffin Monument, where there is a stone obelisk/grave site for the 7:30 Mine owner’s brother. I vaguely remember reading about an urban legend that you can still hear Griffin’s violin play, but I only heard the gentle hum of the highway below and the rushing creek above.

With the mine entrances sealed, I clocked in to start the off-trail portion of my day. I read in James Dziezynski’s guidebook that crossing the creek in Brown Gulch was preferable and less steep, so I yielded to the expert. However, the water was rushing pretty strong, so I ventured up the gulch a little way first. While I found several faint animal or old miner trails in the woods, I basically just contoured around the hill and paralleling the creek below. I started to find increasingly large stashes of snow, but they were crusted over in the early morning and only minimally delayed my progress.

A video if you please…

Once I arrived at tree line, I was greeted with a brilliant sea of pearly, white snow below the azure atmosphere. I was pleasantly surprised to find that my decision not to bring any floatation for snow on the day was acceptable. The conditions were perfect, so I never had to deploy my Kahtoola Microspikes for traction either. The main obstacle slowing my progress was the steepness of the hill. Once on top of the hill, it was a very tame walk over to the summit of Silver Plume Mountain.

Here is video from the summit of Silver Plume Mountain…

So, that more or less concludes the journey up to the summit of Silver Plume Mountain. However, I didn’t have to be in to work in Denver for four more hours and I hadn’t encountered that much snow yet. So, I decided to tack on a 13er to the end of the hike! Hello Bard Peak!

Here is my summit video!

The trek up to Bard Peak’s summit was relatively uneventful, but required another wind of energy. Speaking of wind; it was blowing fiercely. The wind was strong enough to make it difficult to walk against intermittently. My Black Diamond jacket was the perfect weight for the day and blocked the piercing gales. I reached the summit just before my target time of 11am, but couldn’t stay long as I had to make it back down to civilization for work. Here are a few photos I snapped during my brief time on the summit.

Well, the way back down took a while but was fun also. I contoured around the hill instead of re-summiting Silver Plume Mtn, but there was still a little bit of a climb back up. Running and sliding down the snowfields was a blast! I tried to go down on the East side of the creek on the way down and found it quite steep (confirming the intel I had before). FYI, there was a trail sign right at the boilers in the creek for Brown Mtn. & Sherman Mtn.. I’m not really sure where that trail went, but that is possibly an easier way up to the ridge.